Organised by Mell, we had a ceremony to bless our workspace and our birth of Kinda Forest School. The Sharman was Rachelle Wolf, came with her stick, needed as she had a foot formation which unbalanced her since a child –
‘It has never caused me any pain and I will not die from it’, she said.

As soon as Hugh arrived he declared he could not stay long, and he left at the end, a good hour later. From his pocket came the automated voice: Lost satellite reception.
‘Good’ I said.

With her stick for support, Rachelle walked us from the cabin through the wood, collecting our name’s on the way to the pink parachute , where we tried out the newly cut logs of ash, and sat on them. We had 2 unexpected strangers amongst us, Louis’s mother and father who had no idea what they had walked into, and thought they would just be delivering a couple of kids. 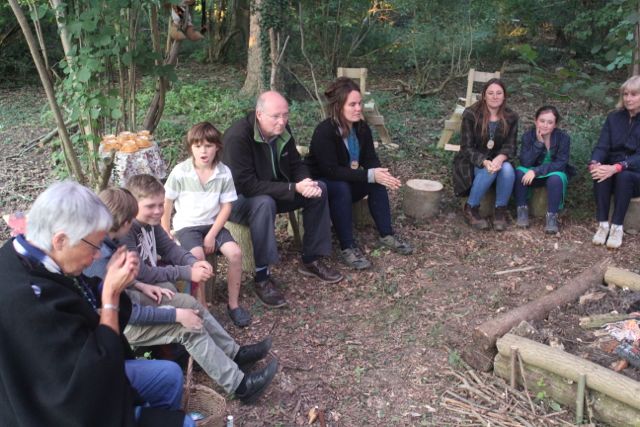 Mell, having nursed the King Alfreds Cakes starter, got our first fire flamed. 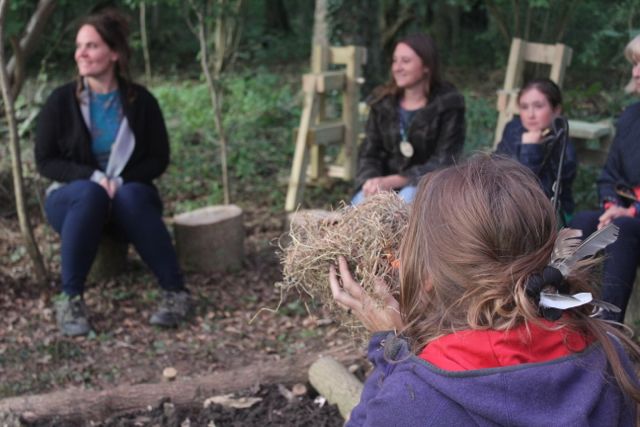 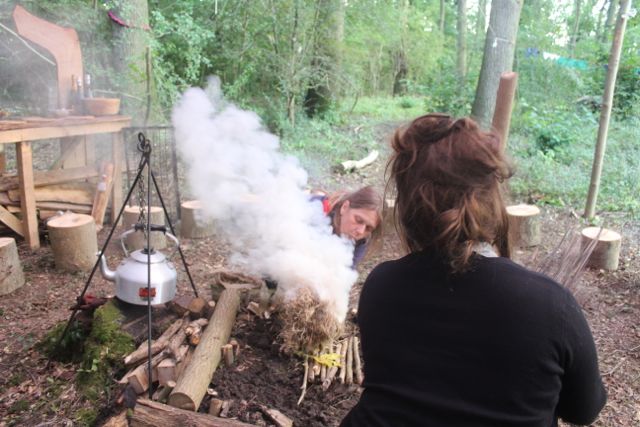 Rachelle instructed us to go out into the wood, and gather three leaves, and these we blew into our three desires. before we gave them to Rachelle, and finally to the fire. 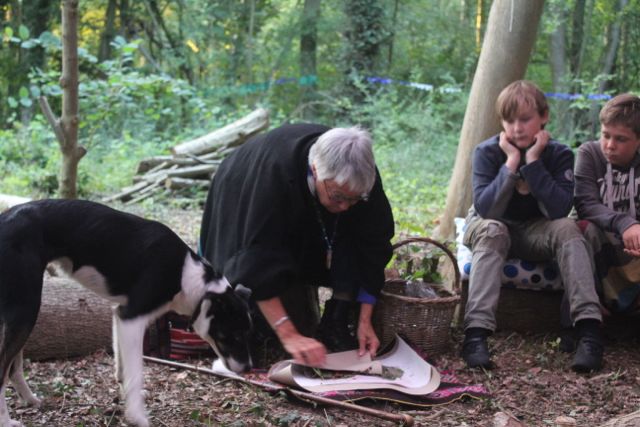 Each of us presented our gifts. Kym her heart of durable stone, Louise an apple, the seasonal fruit of these days. Eloise had carved a heart of wood and decorated it, along with a pot of rosemary for her love of permaculture. Mell a section of a tree from R, the place for her where it all began, teaching children Forest School. Hugh bought with him a moon map to remind us to look up to the stars and moon. Misha a gem stone with a story I have now lost. And I a section of the giant Sequoia a none native somewhat exotic tree  in Holton Hall Park – through which I am here. 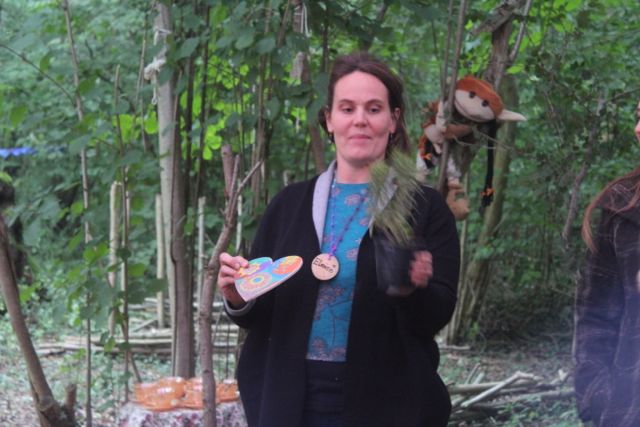 I have no photos of the next part in which we cracked a Verve Cliquot champagne given to me on my 60th birthday, and followed it with Prosecco, and laughter and cup cakes on Mells beautiful tea plates.