We chose a card and said why we thought we’d chosen it. It spoke of Freedom, I liked the colours. It had an Eagle, I am the transformer, I am a rebel Eagle, I like the flowers, A troll Knight in armor, infinity space, the Healing, the Angel and the Goddess, the old man with the cricket, fire and silks. To some why they chose it was a mystery.

We explored. We walked the boundary, found Clarrissa, and the ponds. Beside the pond we dallied by a small collection of objects that the wood had given up. Metal objects from when the American army were stationed here in the war and this was a hospital base. Like a frying pan, and two old shoes. This began our interest in our local archeology, and out of this came different stories of family who had served in wars, from Vietnam to the RAF. We finished our exploration at the WW2 mens toilets and spotted a Rickshaw under a tarp. 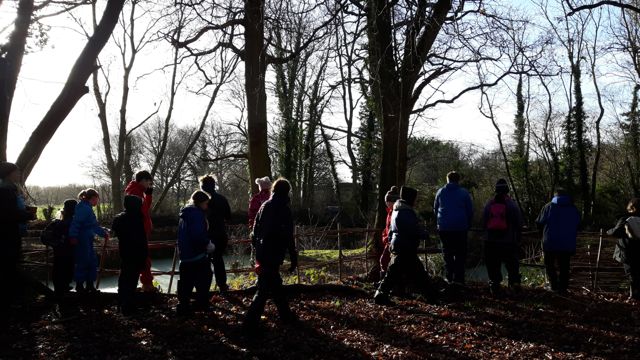 We made some agreements: to be kind, to be happy, to make dens, to talk things over to find agreements, to be kind to nature. 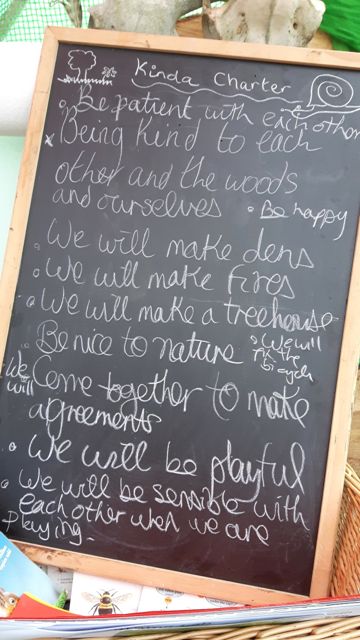 With the fire made the chefs began preparing the food  – a delicious spaghetti with tomatoes.

Some collected wood, some chopped wood. Two, Gracie and Mabel, made ferret carriers and had a ferret adoption ceremony. 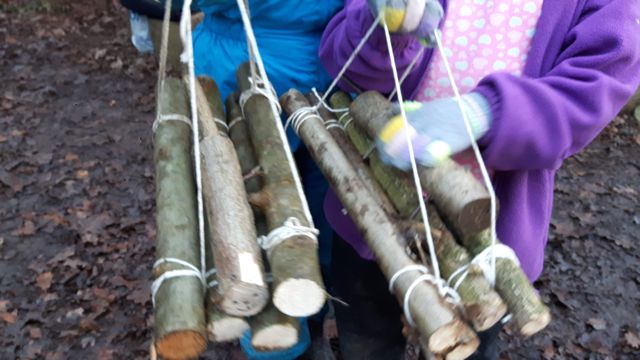 More archeology was uncovered from the wood floor. More metal pieces, including a decorated piece of metal, countless chicken plastic bags, and out of oak we made a table for our findings. 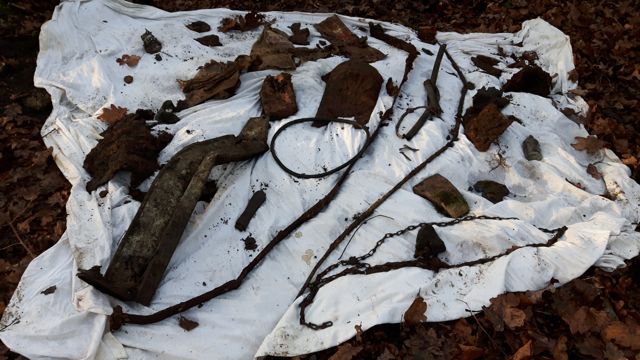 Back to the fire Rosie fed us Jammy Dodgers. Meanwhile Fin dug up a head of a pheasant he had buried before Christmas, but the maggots were still doing their work, so he put it back into the earth.

Molly wrote down all our names and drew the most beautiful hedgehog. 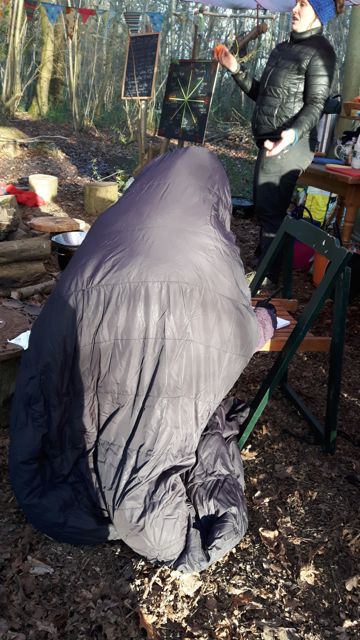 A few of us planted some very late daffodils. While some sat in a short meditation.

Finally we lifted and pulled the Rickshaw bike to our camp to begin working on it next week. We made a plan. We’d build a Hazel bender as a garage for it. 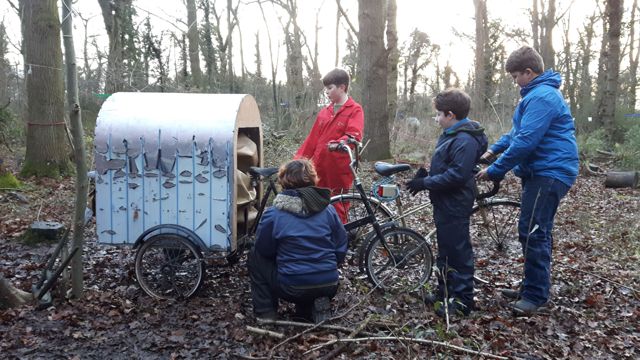