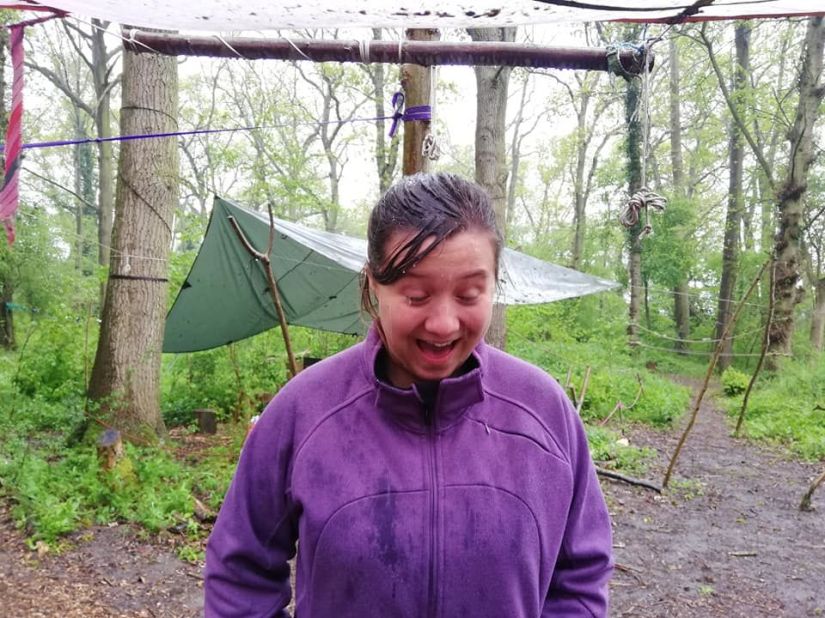 A first for us at Kinda Forest School – all day rain! No stopping this tribe though. Tarps needed emptying of water, thanks Gracie and Mabelle, and water was collected in our trolley, thanks to Mya. Sausages and porridge cooked for breakfast, thanks Eloise and everyone who cooked.

Into the solar lighted Cabin, wood burner lit, socks drying out, we  explored our Solar System as part of our Chariot. Today it was the turn of the SUN.

On a day of no sun to be seen, heated by wood, we explored our star. What did we want to know? Here are some of our questions:

How hot is the sun? What are Sun Spots? Is there anywhere cold on the sun? Will it ever change? What’s inside the sun? WHy is it called Sun? Where did it come from? Will it turn into a black hole? Does it have a gravitational pull? When did we get close to the sun,and how close did we get? How long does it take to get to the sun?

Some answers came from our tribe and here are some amazing rays of sun for us to absorb:

The Sun is the star at the center of our Solar System.
(A star is an astronomical object consisting of a luminous sphere of plasma held together by its own gravity. The nearest star to Earth is the Sun.

Our sun offers us most most important source of energy for life on Earth.

LIGHT – Thermonuclear fusion of hydrogen into helium in its core, releasing energy that radiates into outer space. Our Sun star is composed of roughly 73% hydrogen and 25% helium with much smaller quantities of heavier elements, including oxygen, carbon, neon, and iron.

BIRTH – It formed approximately 4.6 billion years ago the same way as all stars form: (from the gravitational collapse of matter.

MIDDLE AGED (like me) The Sun is roughly middle-aged.  It will remain fairly stable for more than another five billion years.

DEATH – When hydrogen fusion in its core diminishes, its core will become more dense while its outer layers expand to eventually become a red giant. It is calculated that the Sun will become sufficiently large to engulf the current orbits of Mercury and Venus, and render Earth uninhabitable. After this, it will shed its outer layers and become a dense type of cooling star known as a white dwarf, and no longer produce energy by fusion, but still glow and give off heat from its previous fusion.

SOURCE OF LIGHT AND HEAT – Nuclear Fusion. It currently fuses about 600 million tons of hydrogen into helium every second. This is the source of the Sun’s light and heat. In about 5 billion years. Light travels from the Sun’s horizon to Earth’s horizon in about 8 minutes and 19 seconds.

The energy of this sunlight supports almost all life on Earth by photosynthesis, and drives Earth’s climate and weather.

Science and death and Heliocentrism

Heliocentrisim is the  model in which the Earth and planets revolve around the Sun at the center of the Solar System. It was not always the case.

500 BCE The first observational turned scientific evidence for the sun being central was the Greek philosopher Anaxagoras. The sun was not the chariot of Helios, but instead a giant flaming ball of metal even larger than the land of the Peloponnesus and that the Moon reflected the light of the Sun. For teaching this heresy, he was imprisoned by the authorities and sentenced to death, though he was later released through the intervention of Pericles.

BCE 3rd century Ancient Greek Aristarchus of Samos and later adopted by Seleucus of Seleucia documented the suns position as central to our solar system around which we revolved.

Meanwhile, back in the dark ages of the west, the Geocentric model (Earth at the centre of the known universe) existed  until

AD 1519 – Confirmed with more detailed mathematical model by Nicolaus Copernicus. Fear of execution prevented  him from publishing until on death bed.

William Herschel realised that the Sun was not at any center of the universe.

SUN and the GODS

Anyone read Percy Jackson, asked Jadzia? Before going on to tell us of the magic of the gods, Roman and Greek.
Our SUN was APOLLO the god of healing, music, archery, reason and logic. He was both eautiful and Bi-sexual.
Twined with Artemis, the Moon goddess, goddess of the hunt, the wilderness, wild animals, and chastity.

Kym cooked us delicious pasta for lunch. Then out came the clay and face paints – thanks Jadzia for the face painting surprise as she painted our faces with the Roman and Greek gods of our planets. We round up with games. 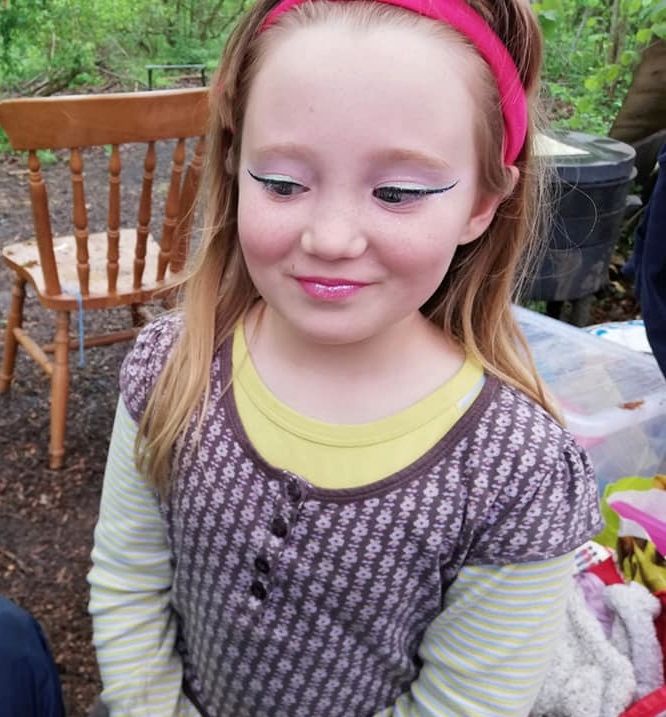 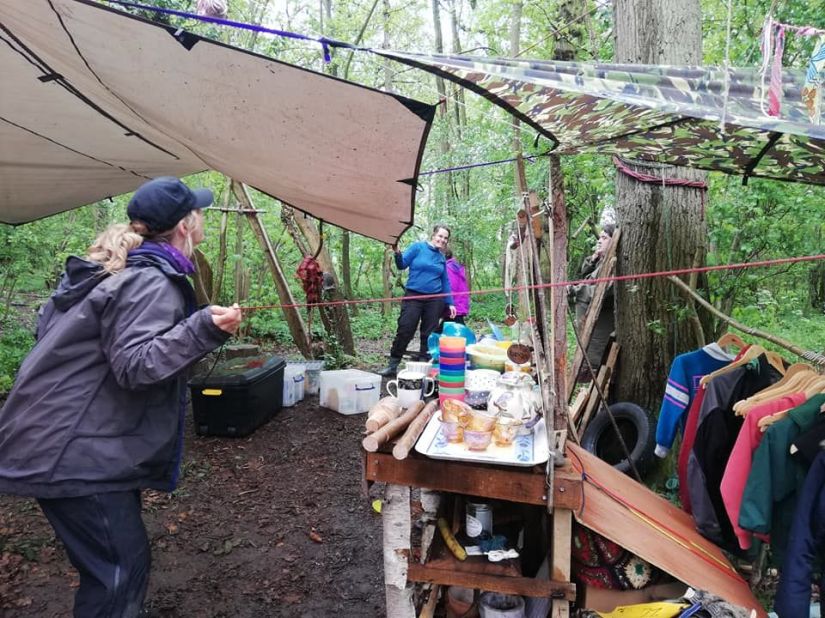