Luis went to collect a book and bought back an INDIAN RUNNER duck. . What a ruse! He outsnaked Mell on her alcoholic preserved snake (which was amazingly real). The Indian Runner was one week old and spent time in Maya’s coat collar. We called her Cosmos, not Pluto. 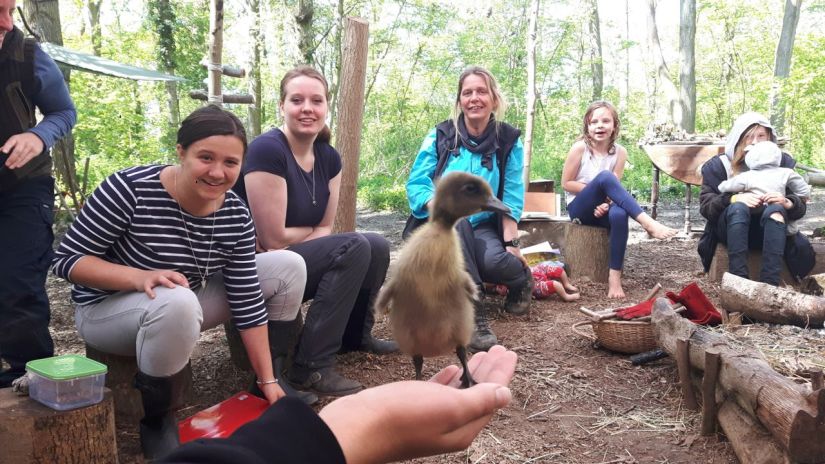 Cooking sausages, feeding porridge to the Indian Runner.
Skipping in the pits, Finley did the record of 23 skips.
Lochan was carried by Luis in a bag
Fins story – star burst, flashing green, star scattered. Like dolphines
Maya’s story – dragons
Joy and Mabel on the swing

The Rocket Bike
‘Carpet rolls, I used them to build an effigy of George Bush’, said Mell.

(No we cannot do Venus as well as Bo was not prepared, unlike Mercury, in which he was totally prepared.)

Mercury is the smallest and innermost planet in the Solar System.

Mercury is the closest planet to the sun. As such, it orbits the sun faster than all the other planets, taking 87.87 earth days which is perhaps why Romans named it after their swift-footed messenger god.

By contrast its rotation on its axis is very slow. For every two revolutions around the sun, it rotates three times.  An observer on Mercury would therefore see only one day every two Mercurian years.

Hot and cold – Because the planet is so close to the sun, Mercury’s surface temperature can reach a scorching 840 degrees Fahrenheit (450 degrees Celsius). However, since this world doesn’t have much of a real atmosphere to entrap any heat, at night temperatures can plummet to minus 275 F (minus 170 C), a temperature swing of more than 1,100 degrees F (600 degree C), the greatest in the solar system.

Since it has no significant atmosphere to stop impacts, the planet is pockmarked with craters.

Two spacecraft have visited Mercury: Mariner 10 flew by in 1974 and 1975; and MESSENGER, launched in 2004, orbited Mercury over 4,000 times in four years before exhausting its fuel and crashing into the planet’s surface on April 30, 2015. The BepiColombo spacecraft is planned to arrive at Mercury in 2025.

The Sumerians  knew of Mercury since at least 5,000 years ago. It was often associated with Nabu, the god of writing. Mercury was also given separate names for its appearance as both a morning star and as an evening star. Greek astronomers knew, however, that the two names referred to the same body, and Heraclitus, around 500 B.C., correctly thought that both Mercury and Venus orbited the sun, not the Earth.