With Mell aka Flora, Rachelle, Megan and Rachel with Leon on Zoom control, we had a small tribe visiting the woods on Zoom today, but boy had they been busy.

Toby had created the Cave Game, loosly based on Minefield, which required resources or was it 3 sauces (Brown, Tomato and Bread?) 5 caves in total the Ore cave (not the awe cave), the giant jungle cave, the big ocean cave and the live stock cave. Ah and we found out that App Live was an Ap called Libby (Libby is a free app where you can borrow ebooks and digital audiobooks from your public library. ) We learned MUCH from Toby today.
Megan was far too busy planting out tomato’s nd beans
Mabel rocked up with a real baby, whose name was Ethel. It wasn’t easy while carrying Ethel, but Mabel did try and show Mell and Rachel her gymnastic moves she was practicing for her 6 week gymnastics course she ‘d been doing.
Rowan also rocked up with a baby sister of his very own, called STAR who had a birthday last week and was the grand age of one.
Laurie and Flyn had their own talking stick, which was actually a magic wand, as Flyn had been reading Wizard of Once, a HUGE book, which he’d finished, and from which he sang one verse of a song during which Laurie gave us fab views of their tonsils. Their news was the seeing of a slow worm, and a desire to see a grass snake. At which point Rowen said his dad was an expert finder of grass snakes and had promised to take Rowan out grass snake hunting.
Joy came and went, we missed her, and hope she comes back.

Runner beans grown in the wood were tasted, sweet and like a fury bed inside their shell.

A gathering of 5 ash trees right in front of forest school, inside of which birds had made their homes, a jackdaw was seen coming out of one.

Rachel read from The Ash Tree by Oliver Rackham – a book writtenin 2012 the year Ash die back was found in the UK, and here is what he said:

Ashis a very successful tree that is more than capable of taking care of itslef. It sows its seed everywhere. Yet people have bee importing little ash trees by the million, and inevitably introducing the pathogen that is killing every Ash tree in Europe. … It’s something I’v been rabbiting on for years. The greatest threat to the worlds trees is globalisation of plant diseases. The casual way in which plants and soil are shipped and flown around the globe in the name of commerce.

‘That’s a bit like what’s happening now’ interrupted Flora, from a side field. ‘With this virus, you know’. She’s right of course.

The seeds are called Keys, as they rattle like a bunch of keys, who should appear but FLORA, taping me on the shoulder telling me about the keys, and how you could pickle them, but would she give me the recipe? No she would not. Not until it’s time she said. And about the leaves she said, they are always odd in number – and she was right, they were – but if you should find one even in number, you’d fall in love.

Full she is of these tales, and there she was busy making Elderflower cordial. I’ll tell you about that later, she said. And in this case she did. 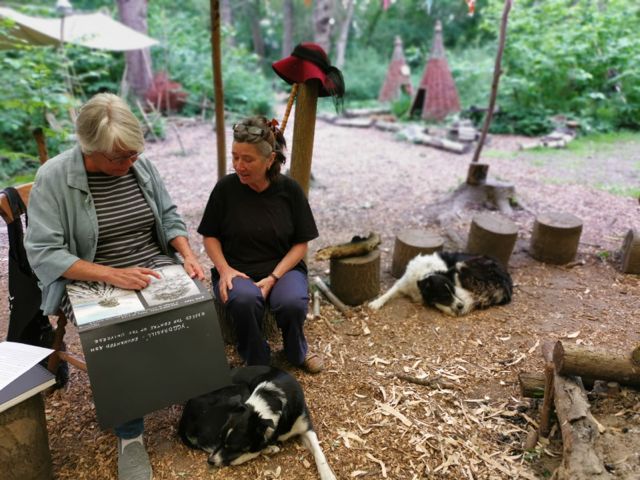 But first we went to see Rachelle, who had been busy creating drawings and finding stories of Ash. She found Yggdrasil, which was immense mythical Ash tree that plays a central role in Norse cosmology, where it connects the Nine Worlds and is center to the cosmos and considered very holy. She drew a transection of Ash. She drew it’s black buds and then we looked at what became of those black buds and saw from where the ash frond grew. Rowan showed us his ash, and we saw it’s new black bud forming, in the middle. 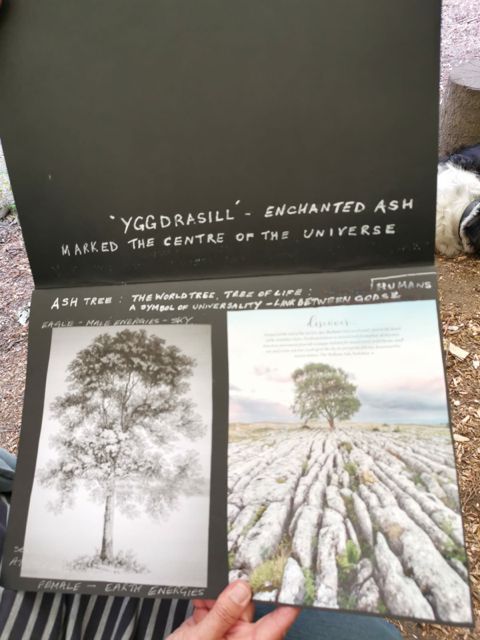 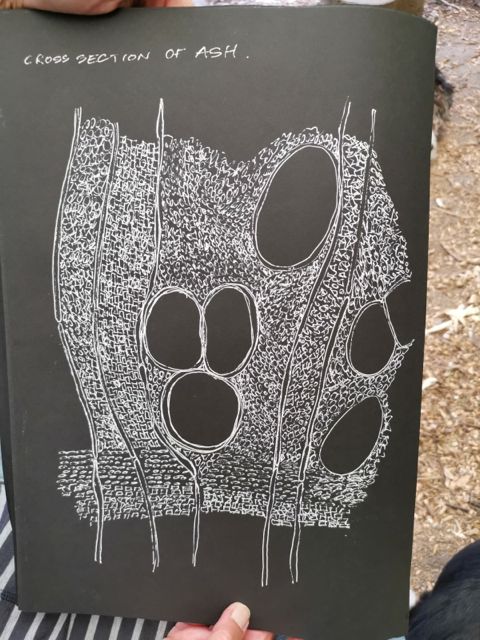 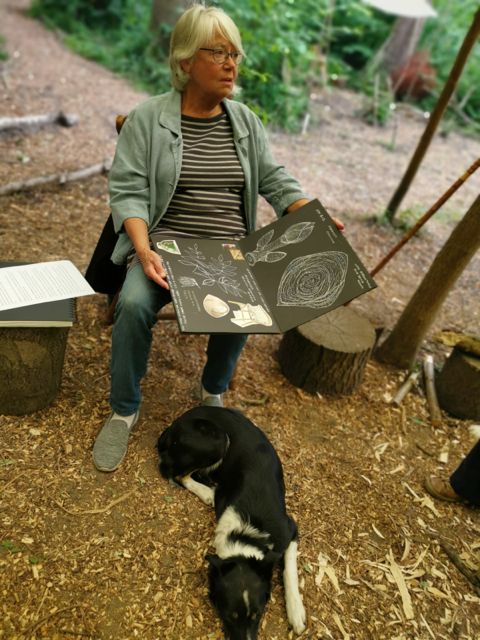 Then Rachelle spoke about all the tools and things we can make out of Ash, because it is strong and bendy. We stretched our technology and SHARED OUT SCREEN, and Rachel showed us the workshop of Dan Hussey, who bends Ash into Chairs 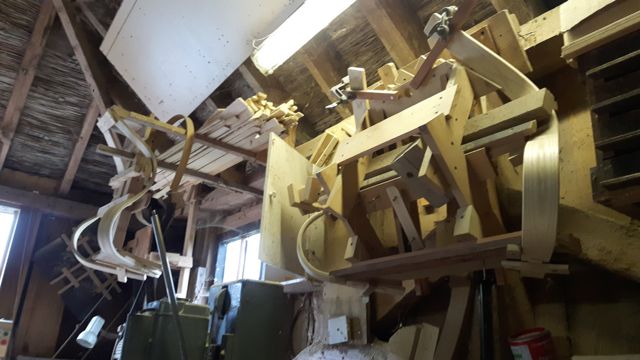 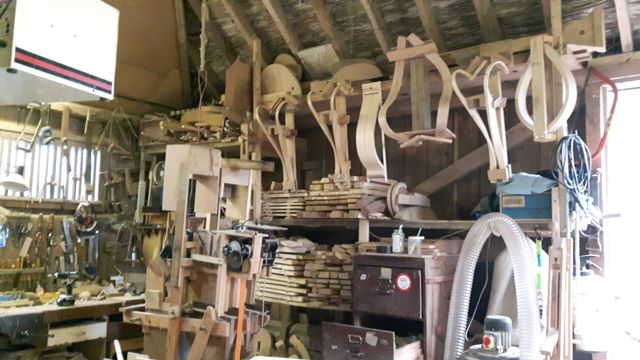 Back to Flora, who finally divulged Elderflower cordial.Pick your elderflowers with care, don’t take all from one bush, leave some to form berries, for the birds and the future. With the flowers, fork off only the flower.
Add to water, bring to gentle boil
Take off the heat, strain the flower through muslin
Add sugar and boil.
Dilute and drink 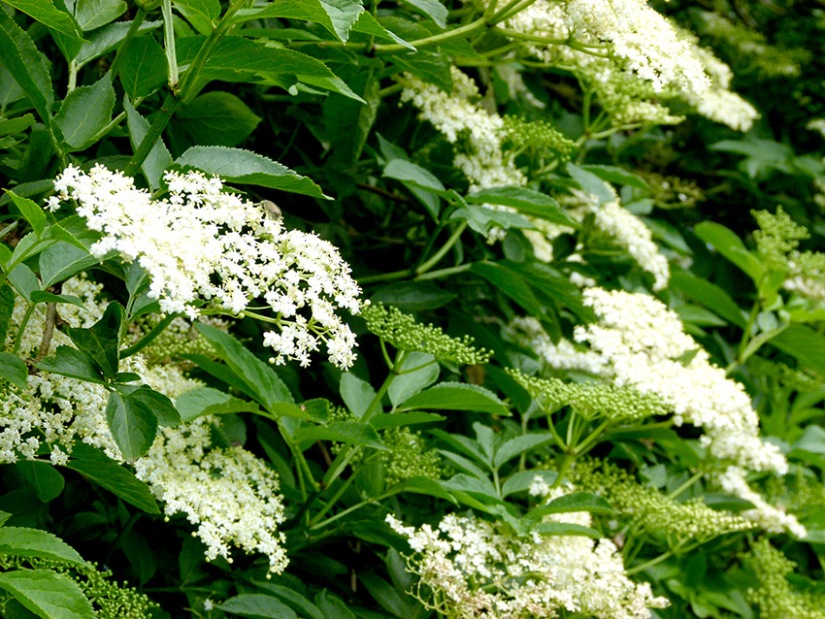 Let’s do Edler next week, said Flora and Rachel, and Elders, said Rachelle, for she was an Elder, (and Rachel finally found the word for baby Eel, but it was ELVERS not ELDERS, and at least gave Toby a laugh.)

Bring your own Elderflower juice, butter, fritter, whatever next week. Let’s have an Elder feast