Our penultimate ZOOM – because we are opening Kinda Forest School in JULY! At least that’s what we hope depending on Government Guidelines.
We asked you if you wanted to get back to forest school, and  everyone said YES. Ryan said he wanted to MOVE TO FOREST SCHOOL. He was going to transport his den up the Beccles road and live there. Brook wanted to return to Forest School RIGHT NOW.

OK  we are working on it. Meanwhile back to the Zoom…

What have we been up to?
Leon has been lots of walking, around the Earsham area. When are theatres going to re-open we asked, Yes, he said a lot of theatres are suffering and in trouble. Drive in Cinema may come to Halesworth.

B showed us the  rain stick she made last year at circus camp. And Mermaid arrived, with no surname, but one will perhaps be found. She is  growing beet root in raised beds, and this very day they will be pulling them up to eat.

T had his Talking Magnet. ‘Careful with those strong magnets’, said Mell. But T said this one is a very weak magnet. This week or next week? asked Mell. The week of Charles Darwin, said T quick as lightening, its a very imaginative magnet. Then T showed us that his caterpillar’s turned into chrysalis. How long in chrysalis stage, none of us knew, we’d just have to watch and see.T has also been colour coding coins for battle reenactments, and watching Doctor Who. Leon’s ears pricked up. L&F, who were busy reading their books, (one about Pheonix), have been crab fishing off a Suffolk beach,  but not from one of the bridges, as they did not enough social distancing. Talking of which they met up with granny and grandpa who didn’t do much distancing.

R introduced his bendy ruler. He showed us a piece of paper with some maths, double brackets in an equation, one inside the other.  Inside bracket first! is the rule. R reckons he knows more about Harry Potter in the whole world except JR Rowling. Finally R showed us a Zombi hand beautifully drawn in  pencil and Lord Helix drawn by R identified by Leon. Rachel clearly needs educating about Pokerman. Played a game called … switch doing an international friendly championship, junior division. 26-29 June. Let us know how you get on we asked.

E held us in suspense. Without saying a word, she made us guess what she was doing. Was it a grapefruit? No it was bunny rabbit ears! Who needs talk. Just do.

Rachel demonstrated its strength, showing a limb of Hornbeam, we saw it’s sinews, and muscle under its grey skin. Using it as a weight lift, see how my muscle growing? We also looked at the typical spots of lichen on it. (‘I’m Liken’ that, said Mell, and told us that Hornbeam is where Monsters get their horns from.

It’s also a ladder between this world and the next world. And boy are we looking forward to you coming back to the wood to see the Hornbeam here by the ponds.

R started it, with his drawing of a Zombie hand, but Eva ran with it. They both had a fabulous collection of pencils with different names. H and B – whatever were H and B? No one – including Rachel – knew.
‘If you go to school they’ll tell you to write with an HB’ R explained. ‘An HB is a malleable pencil, R said, doing some word yoga and astonishing us all. Meanwhile Eva showed us her complete collection.

Here’s what I found later: B on its own is just a little softer than HB. 2B, 3B and 4B are increasingly soft. Further up the range, 9B is the very softest lead available, but so soft and crumbly that it’s rarely used. Anything over 4B is probably too soft for most people’s day-to-day use. The hardness is determined by the amount of clay added to the pencil leads during production, the more clay then the harder the pencil. The ‘B’ in the HB scale stands for blackness. The higher the number next to the ‘B’, the softer the pencil lead is, making it leave more graphite on the page.

Finally we had another of Eva’s tantalising games – a halo? No a horse shoe.

Dress up – Harry Potter, Dr Who, Dragon’s Phoenix, who or whatever – we have to guess.

Finally we’ll all play E’s game – the guess what I’m doing with no words and just action. Here are some photos of Hornbeam to share with you. The first are from our KFS Woodlandm Kaliwood, they are classic old coppice Hornbeam, now well over stretched, and as Ryan said near the pond. The next set are all from a beautiful old Pollarded Hornbeam at Sotterley, about 8 miles from Halesworth, north. Mell knows this place. 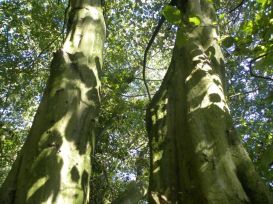 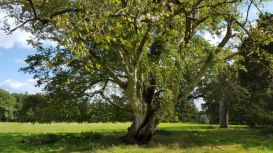 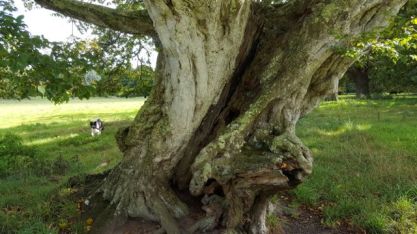 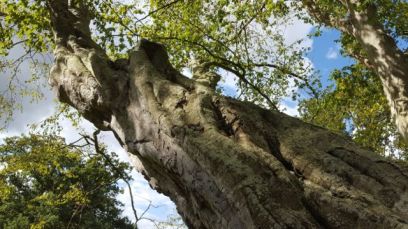